The aim of this research is to better determine the optimal realistic number and locations of surface electromyographic (sEMG) electrodes to provide more accurate and intuitive control of upper-limb prostheses. sEMG is a non-invasive prosthesis control technique that can be used in place of traditional intramuscular electromyography (iEMG), which requires an invasive procedure. The number of sEMG electrodes and their locations are often chosen semi-arbitrarily for use with computational control algorithms. Optimizing sEMG electrode number and location could provide improved control, perhaps approaching that of iEMG electrodes.
The sEMG data of 3 intact subjects controlling 8 degrees of freedom were gathered via a modified Kalman Filter (mKF) using 96 electrodes distributed evenly across the forearm. mKF is a computational control algorithm used to decode motor intent of the nerves by matching the sEMG signals with pre-programmed movements. The Root Mean Square Error (RMSE) between the subject’s movement and the computer’s pre-programmed movement was computed and compared with an increasing number of electrodes. Gram-Schmidt algorithm was used to find spatial locations of useful sEMG information that was analyzed using a data visualization technique called a heatmap.
The average RMSE decreased with an increasing number of electrodes. RMSE began at 0.56 with just one electrode and decreased to 0.20 with 30 electrodes; beyond 30 electrodes, RMSE was effectively constant up to 96 electrodes. This result informs that, if placed optimally, ~30 to ~35 electrodes are enough for controlling the prosthetic hand nearly optimally. Secondly, the heatmap showed that some electrodes out of a total of 96 were infrequently or never chosen as among the best electrodes. This indicates that appropriate channel selection is key to algorithm accuracy. This research will help the researchers to optimize sEMG control more effectively and thus provide more accurate control of myoelectric upper-limb prostheses. 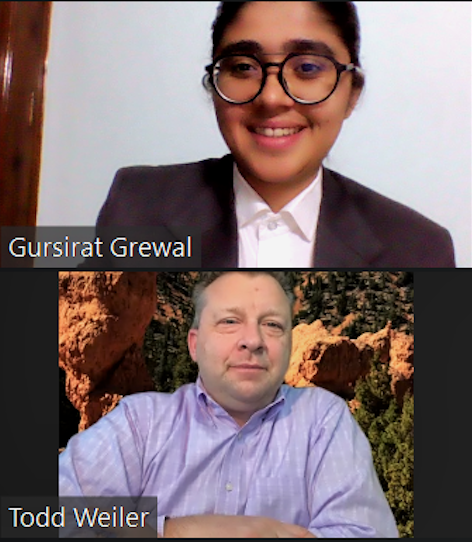 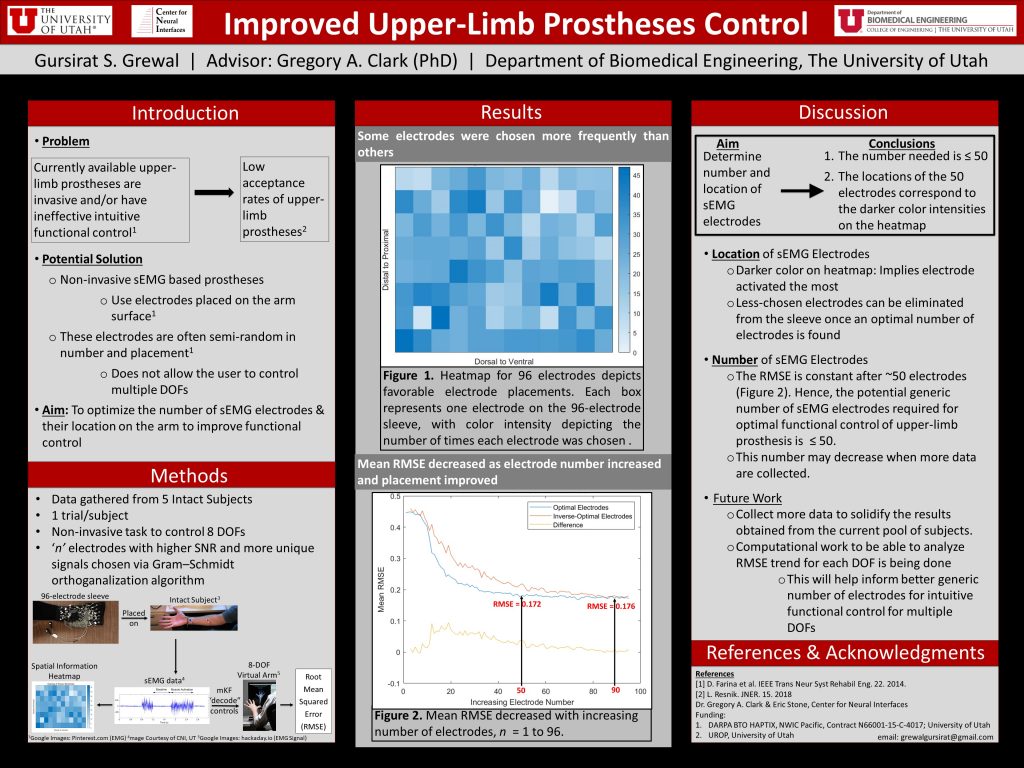