Clean, renewable energy is a pressing topic within economics and various other scientific circles. Still, many limited ventures have failed over the decades to combat the issues of climate change and its impact on the global economy. This research presents modeling of possible time paths for key environment- related variables including GDP per capita, energy use per capita, and carbon dioxide (CO2) emissions per capita. These forecasts are then assembled into forecasts of the levels data of GDP, energy use, and CO2 emissions using a population forecast. The forecasting horizon mimics those of the economic components of current Integrated Assessment Models (IAM), typically to the year 2100. The modeling is at the global level.
We suggest a different methodology that takes a more macro and structural approach than existing models, and has the potential for being more realistic in the spirit of empirical approaches to economics and in the service of better policy. We also incorporate a unique mathematical concept into our analysis called Laplace Transform, that is used to take any function of a real variable and turn it into a function of a complex variable, this can help in our predictive models to better gather information regarding relationships in all of our data. We used R statistical software as our primary tool of conducting this project.
Some surprises emerge with the results, conditional on the population forecasts driving the model. Zero-growth proponents may be encouraged that global GDP growth should level and start down in this century. Those seeking policy guidance to limit emissions will gain a sense of what policies might have the greatest impact. Those interested in sustainability may gain a new context to guide their research and policy ideas. 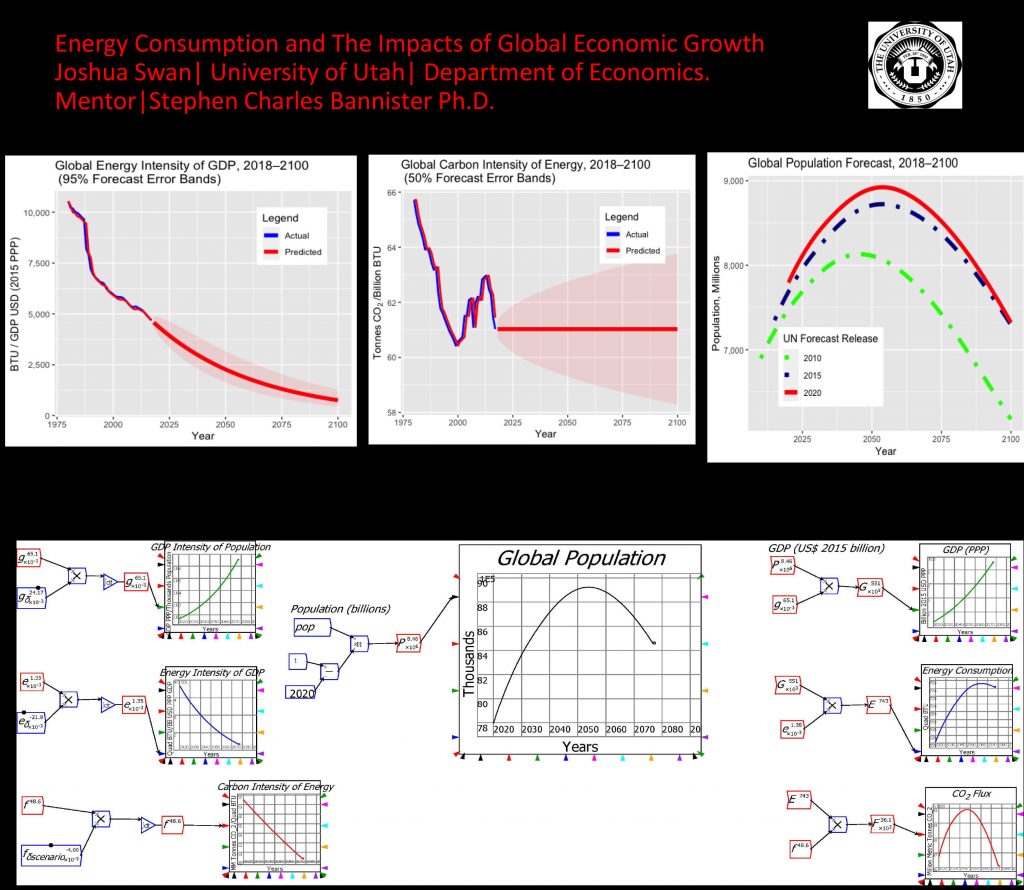