This project aims to examine what effect a change in municipal water rates has on water consumption. Data was provided by two cities in Salt Lake County, Utah and consists of monthly water usage for 26,510 households from July 2016 to July 2020, yielding a total of 1,192,463 observations. Beginning the month of July 2018, one city increased the rates charged per thousand gallons used, creating a natural experiment, while the other did not, serving as a control effect. City officials estimated a 5% increase in water rates would yield a 5% increase in city revenue. The year after the rate change however, water revenue decreased by 1%. The question of city officials was whether this was due to the rate change or other factors. The goal of this study is to determine if the rate increase had a measurable effect on water consumption and if so, whether or not it was enough to cause revenue city-wide to decrease. Using linear regression techniques and controlling for several variables that impact water consumption, I find average usage should have decreased between 119-238 gallons per month for the average household after the rate change. Even with the decrease in water usage, I estimate the average monthly bill should have risen by approximately $3.43. This information is important, as it shows that without other factors that affect usage, the city should have expected to see a small impact in conservation and an increase in revenue for the city after the rate change. In normal years, this small 5% rate increase would grow city revenue by an estimation of $889,718 per year, increasing the ability of the city to provide for essential public goods and services to its residents. 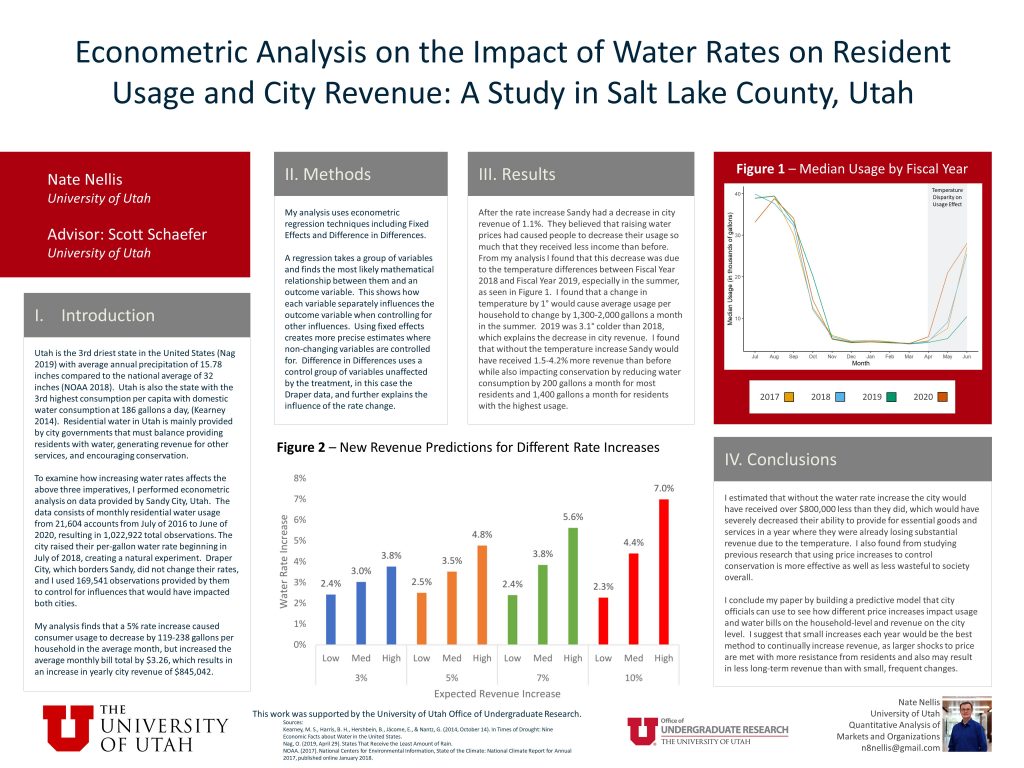