The Coronavirus pandemic represents an unprecedented challenge for our state and nation, and one whose impact is not borne equally by all Utahns. The disparate impact of the pandemic has been well documented, such as the fact that 42% of all COVID-19 cases in Utah are experienced by members of Utah’s Latinx minority, who make up just 14% of the entire population. But these disparities are not limited to the health effects of the pandemic. One of the most egregious economic disparities of the Coronavirus pandemic is the exclusion of undocumented Utahns from the major state and federal relief efforts. Undocumented Utahns go to work – often in essential jobs – and pay taxes like everyone else, but they (and their US-citizen family members) do not qualify for the $1200 tax rebates ($500 for children) provided by the federal CARES Act. In addition, they do not qualify for either regular state unemployment benefits or the enhanced federal benefit (the extra $600/week) provided by the CARES Act through July 31, 2020. This report examines the details of how much these Utahns – and our state economy as a whole – are losing as a result of this exclusion. According to the ITEP study, undocumented Utahns paid $69,770,000 in state and local taxes in 2017. This amounts to an average of $1,789 per household. In addition, undocumented workers are subject to unemployment insurance (UI) premiums paid by their employers but whose incidence, as with payroll taxes, is believed by economists to be borne mostly by the worker. According to one recent study, the average annual unemployment insurance premium that Utah unauthorized workers pay is $232 to the state and $42 to the federal government, adding up to a total contribution for 2010-2019 of $10,920,000 to the federal UI fund and $60,346,000 to the state fund. Thus, undocumented Utahns contributed more than $71 million over the last decade for a benefit that they themselves are not allowed to receive, even now, when unemployment rates have reached levels not seen since the 1930s. The sum total of these exclusions adds up to over $154.4 million: 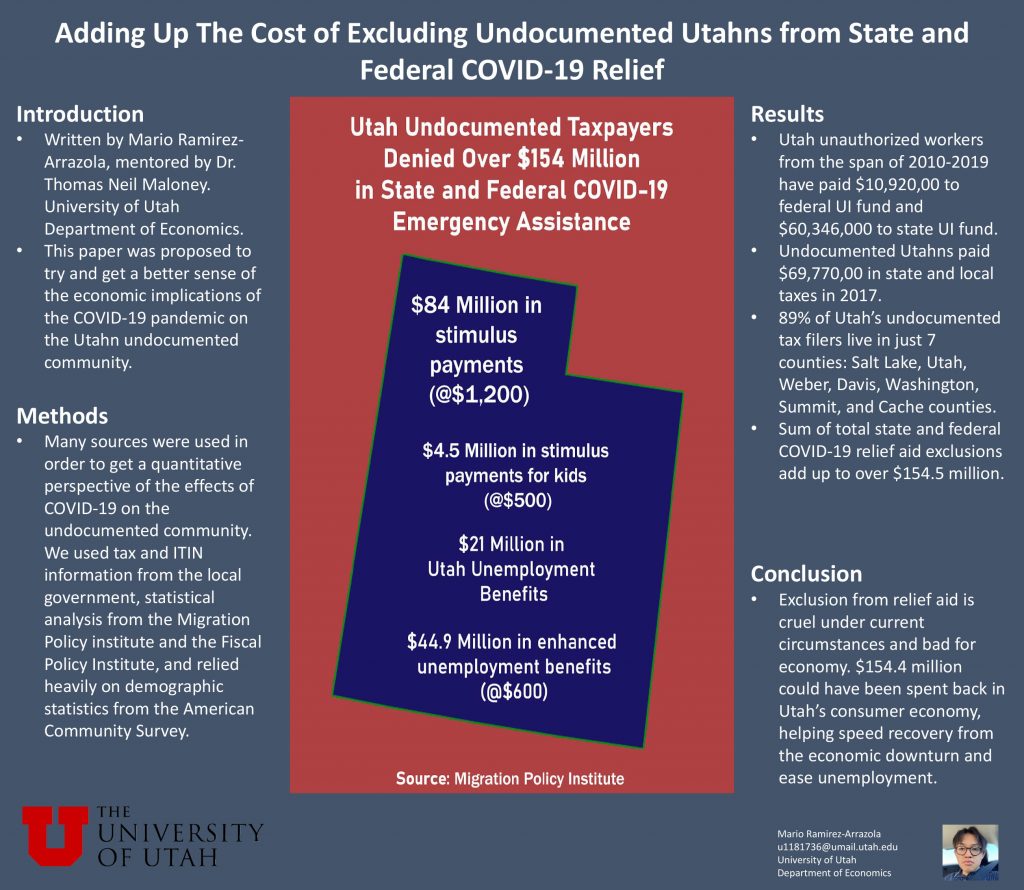