Artist’s Statement: While human connection has evolved from in person to sending text messages, emotional
connection and sympathy have become the identifying traits we seek in each other to prove
humanness. To show this I chose to write a short story. The story is about someone who is
texting their brother that lives one the other side of the world. I wanted to create a small bubble
within the story to trap the reader in the mindset of how they feel when texting, and how they are
able to tell who is texting them just by the way they “speak” over text. In the story I attempt to
show how people convey emotion and receive emotion over text. I explain how the character is
able to “see” and “feel” their brother’s reactions and emotions during their conversation. Having
moments where something the brother says reminds them of his smile and where they are so
wrapped up in the conversation they swear that they can almost hear their brothers laugh. That
sympathy humans have for one another was something I wanted to bring out in the story. Being
able to feel the mood shift over just a semi-abnormal text and feeling the characters’ mood
deflate was something I felt was important to present in the story. They are unable to read each
other’s body language so instead knowing how each other speaks is how the character was able
to sense if something was amiss. Texting seems to be an essential part of our daily lives, so being
able to read the emotions in between the lines has been something people have been able to do
for quite some time somewhat unknowingly. It’s rather extraordinary to think about how the way
we speak to each other has changed and evolved to the point where we are able to read each
other without seeing one another.

View my art below!
Questions or comments? Contact me at: u1313299@utah.edu 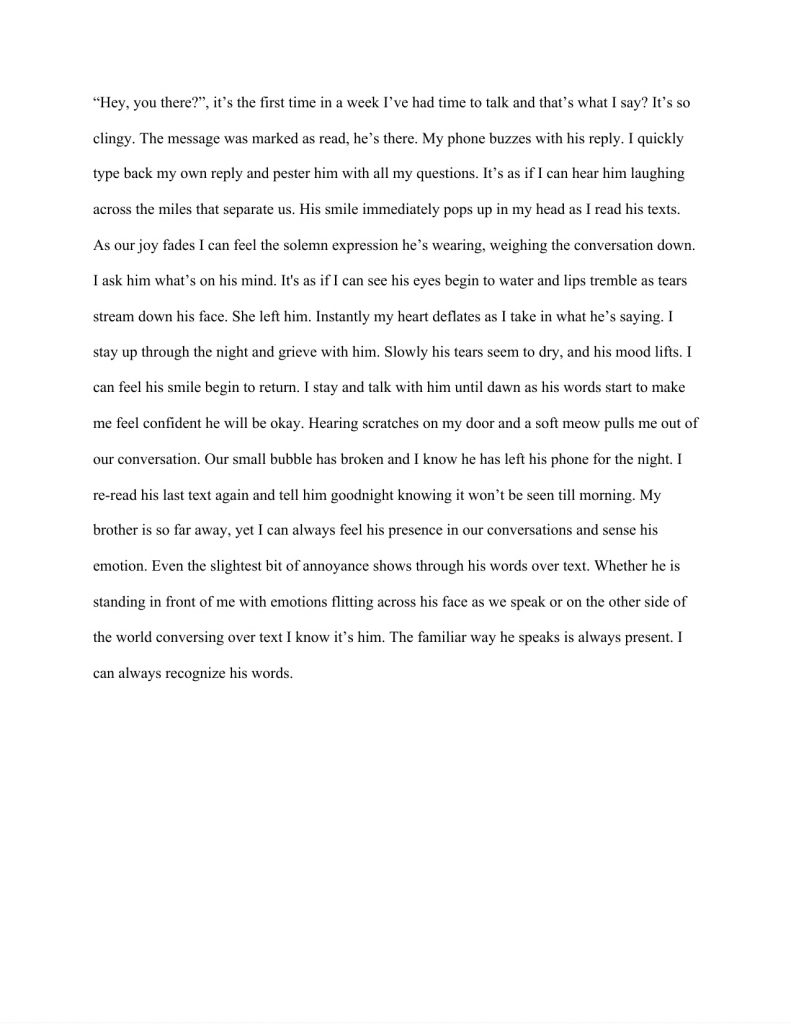