Artist’s Statement: Conformity to the inevitable masculine and feminine stereotypes attributed to gay men in society highly affect their levels of self-worth and overall wellbeing. In society, there are expectations of gay men to be either feminine or masculine, submissive or dominant, and their level of conformity dictates how they are affected by those stereotypes and expectations. In reality, gay men have a mixture of traits that can be defined as masculine and feminine. In this art project, I took a dress and a polo shirt and cut them both in half. For the purpose of this project, and to align with the current social construction, the dress represents femininity, and the polo shirt represents masculinity. I took one half of each and sowed them together, and I left the other halves of each separate. By sowing the two halves together, I wanted to illustrate the different expectations gay men face: the expectation to be feminine and submissive, and the expectation to be masculine and dominant. The joining of these two halves illustrates how each gay man may not be entirely masculine or entirely feminine, but that they each have a mixture of traits. In addition, the two separate parts that are not sown together represent what society expects of gay men: they must be either feminine or masculine. The cut that was made to sperate each piece illustrates the construction of the binary that exists in society surrounding masculinity and femininity, and this social construction tied with gay men’s conformity to these stereotypes can have a negative impact on their levels of self-worth and wellbeing.

View my art below!
Questions or comments? Contact me at: u1290230@utah.edu 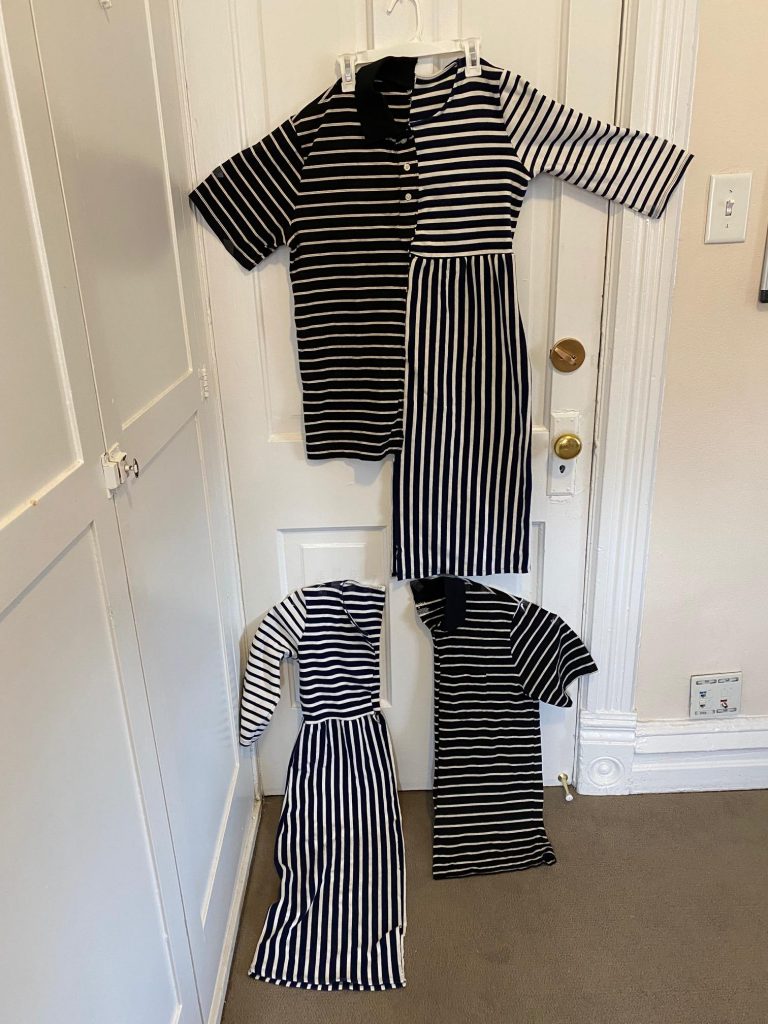